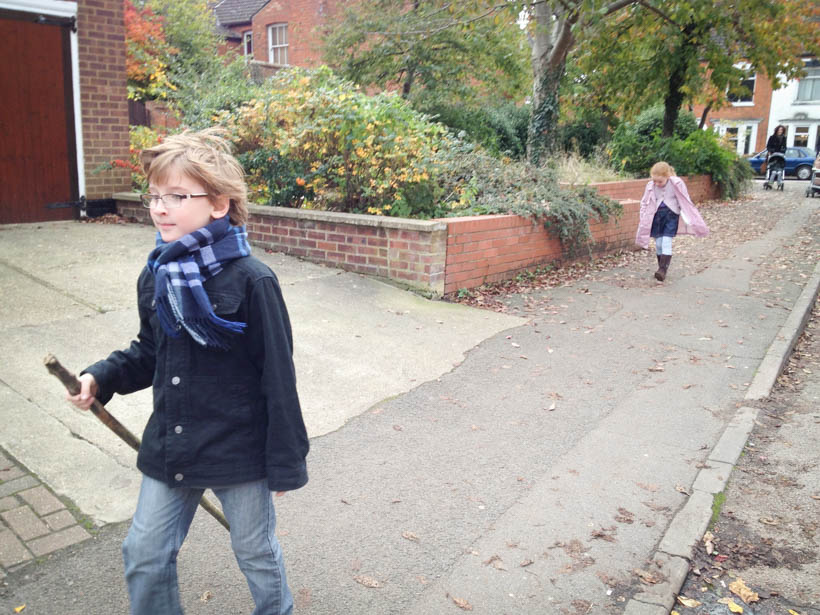 Matthias has always marched to the beat of his own drum. He prefers to be who he is and like what he likes rather than worrying much about what others think. I remember one Saturday in summer when he was seven and we went out to lunch as a family. As we were heading out the door Matthias appeared from around the corner. 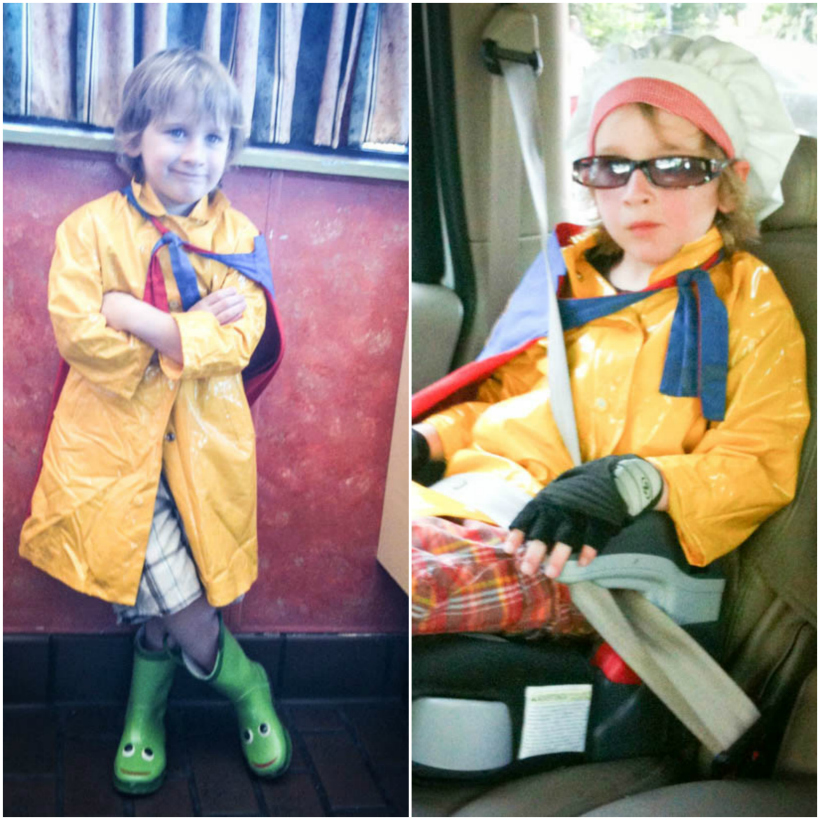 I took in the scene in front of me. Plaid shorts, coordinated T-shirt (the work of Lisa no doubt), green froggy galoshes, yellow rain coat, and a super-hero cape.

“Is that what you want to wear to lunch?” I asked.

I couldn’t agree more. He managed to take it up a notch later that summer when he added upside down cycling gloves and a chef’s hat while we were on family vacation. As time has gone on, Matthias always finds his own unique sense of style. His clothing is a reflection of who he is—a person who sees the world through his own unique lens, comfortable in his own skin. 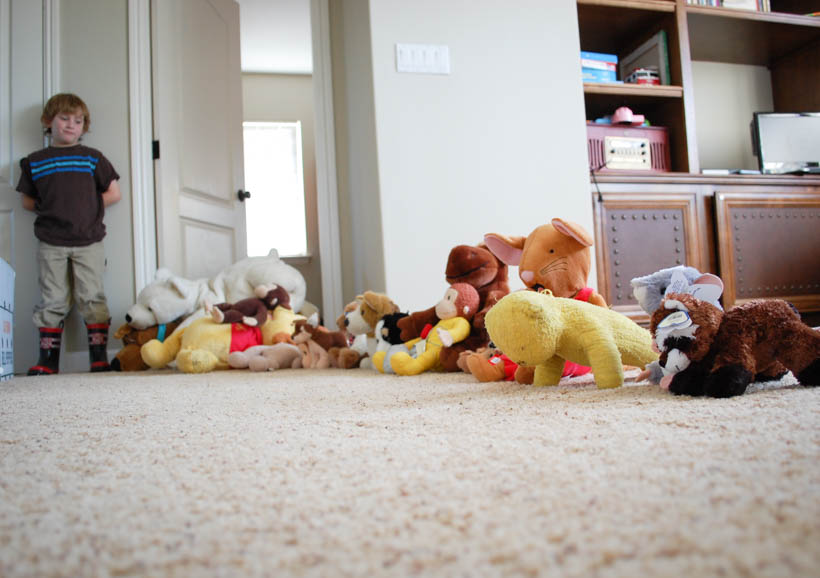 He went through a phase of lining up his toys in his room and around the house. I remember coming upstairs one afternoon and found all his stuffed animals in a big line in the loft. It looked like the crop circles in fields around the world.

“Why did you line them up? What are the stuffed animals up to?”

Absolutely. Why wouldn’t they? Matthias’ creative take on the world often peered through his unconventional ways to play with his toys. 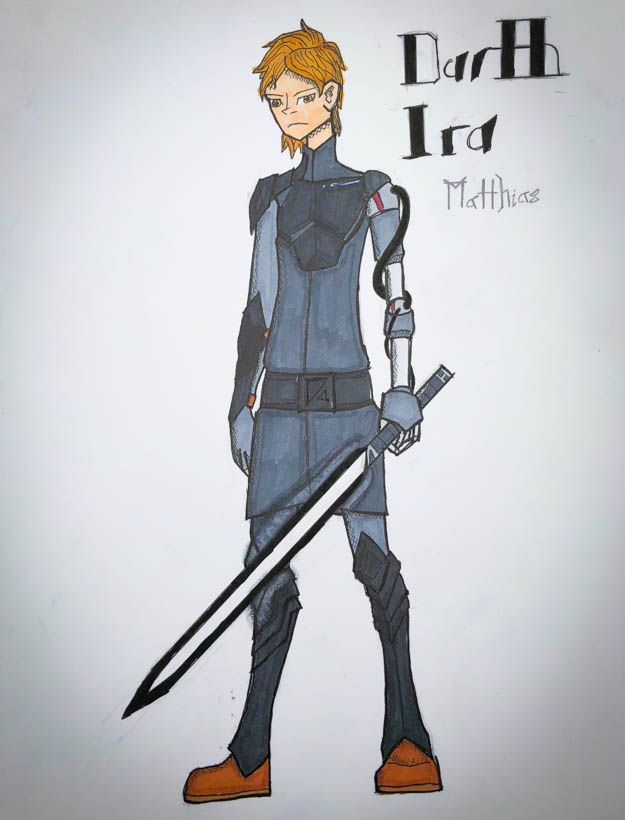 From the time he was little, Matthias has researched everything his interests with books, the internet, TV shows and movies—any way he could get more information. Whether it was Ben 10 as a little boy, or Pokemon, or Star Wars, to Greek and Roman myths, he gives his all to understand these things. In the past few months, he’s been researching the Arthurian legends. One Saturday afternoon I noticed he had been on the couch on his computer for a couple hours. During the week, he does this sometimes for his school work. Being the weekend I got curious with a little dash of parent concern. We have limits and rules around screen time in our house and I figured it was time to enforce the rules. 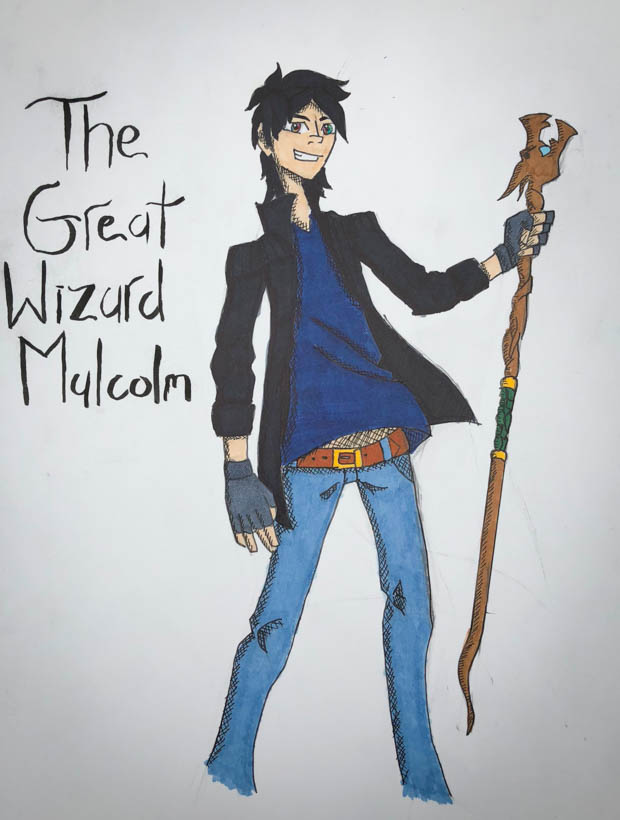 “What are you up to kiddo? Seems like you’ve been on your computer a while today.”

“Writing? Like for school? Do you have homework you have to do this weekend?”

“No. I’m working on my book based on the Arthurian legends in the modern world.”

“Really? How much have you written?” At this point, it dawned on me I had seen him typing away more than usual the last couple of days.

“I’m on page 45 right now. I have some ideas and I really want to get them down while they’re fresh.” He answered, only slowing his typing slightly to engage me.

Matthias is a kid, an emerging young man, who forges his own path one step at a time. 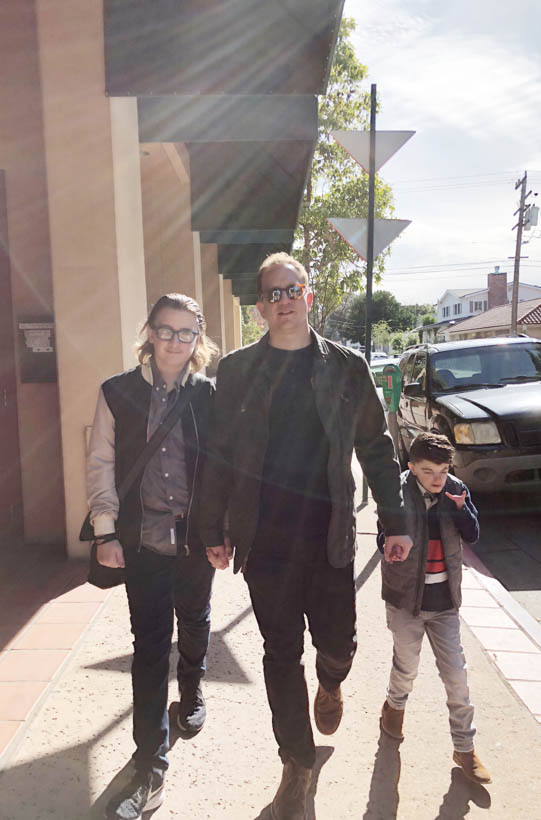 So much of Matthias’ narrative gets bound up with his brother with special needs. At times expected to have it together because his mom and I have our hands full with David. At times dragged along as we face a medical crisis with his brother. Sometimes bearing the burden of being the perfect child, healing our wounds. Sometimes overlooked as the typical brother of a special child with special needs. At times overprotected by parents who want to keep him from harm, rather than freeing him—empowering him—to experience a free and risky life.

This month Matthias turns 14. With high school on the horizon and his boyhood behind him, I see my son bravely risking to be the person God made him to be. As I see him finding his own voice, figuring out who he is, rather than who others want him to be in the trying years of middle school, he inspires me to use my voice as an adult. I am proud as a dad and inspired to forge my own path. 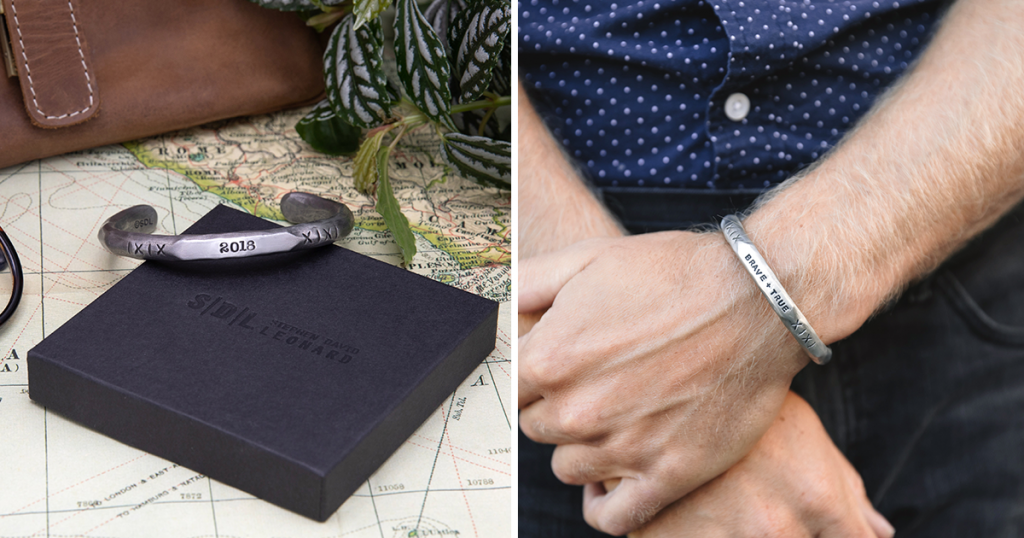 Who inspires you to forge your path?