“Did you ever think you’d be carrying your 18 year old on your back?” Lisa asked me this weekend. I didn’t. With David 18 going on 19 this summer we have been facing many experiences and questions I never really considered. We filed a conservatorship for David this year empowering us to make legal decisions on his behalf. In the process we were asked our transition plan for his future care.

Now that Matthias is finishing his junior year of high school, it brings to life how our little boys are no longer little. In Matthias’s case it’s more obvious, with driving lessons and discussions about college. With David, still physically little, still requiring so much care, still facing severe medical risks from time to time, it’s easy to think of him as our little boy. He still likes cuddles and silly childlike play. But the truth is, the day is coming when we will have to rethink his adult care.

Our approach to raising David has always been to help him realize his potential, to let him show us who he is and what he can do, and to do our best not to limit him. We have traveled the world with him, hiked with him, gone on adventures big and small. We encourage his love for music he shares with me. We encourage his love of exploration and getting out. We laugh with him and his amazing sense of humor.

To be honest, I don’t know what the future holds. I’m still a dad trying to grasp the questions rather than having all the answers. In the meantime, no I never thought I’d be hiking with my 18 year old on my back, but whatever the future holds I want my son to have the richest fullest life he can have. Whatever I can do to that end, I will. We spent anxious hours awaiting your arrival. When you arrived, we rejoiced and cried. The doctors showed me your little hand. Your mom took you in her arms, “Hello David, I’m so happy to meet you,” as she smiled at you. You squeaked out your nearly imperceptible cry. Our hearts hurt. We were so happy to be a family of three with you in our lives. When you came home, I held you and crept into your room to check on you often. Each time I entered your room, I prepared myself to find you were no longer with us. I prepared myself to be strong and brave for your mom. Each time I found you to be the strong and brave one. Lying in your crib peacefully sleeping, crying for food, or ready for snuggles. Four pounds, two ounces, you had no idea how you demonstrated the strength and resilience of a Navy Seal, surviving and thriving every day.

You didn’t walk until you were five. Then one day at church, you got up and quickly crossed from one side of the gym to the other. We could hardly keep track of you! You have never uttered a word, but you have learned to tell us what you need. You find those who are hurting in a crowd and show them comfort and love. You have looked in my eyes and asked why. You have told me you love me. You have penetrated my soul. You had six surgeries by the time you were six years old. You have spent hours in waiting rooms, doctor offices, and hospitals. Each time, I swallow my fear to be brave for you, your mom, your brother. Each time, I fear losing you. Each time, you again prove you are the resilient one. You are a fighter, a survivor, someone who thrives. We nearly lost you between Christmas and New Years of 2015. Suddenly hit with pneumonia, O2 levels well below critical. Your mom’s instincts saved your life. 24 hours after arriving at the ER in Cambridge, you were up, feisty and ready to get moving again. Not until then could we allow ourselves to grasp how close we came to losing you that night. Your mom and I wept out of joy and unreleased fear. We welcomed 2016 with greater joy in the mundane reality the four of us would board the plane together back to the U.S.. Your recent pneumonia again had us worried. For a week I entered your room multiple times a night, reliving those early and anxious days when you came home from the hospital. I don’t know how many times in 15 years I have entered your room, my heart beating fast, braced to find you gone—ready to be brave for your mom and brother. I’m the dad, it’s my job to be strong for our family. Again and again, you show you are the brave and strong one. You refuse to give in. You have too much love and joy to offer the world. You are made in the image of God and you reflect Him to the world everyday as you create music with your keyboard and as you relate to others with your hugs and smile and laugh. We have celebrated every milestone of your life. Every birthday we take note. Every school transition marking another achievement in your small and remarkable life. I couldn’t imagine this day when you were born. Today you turn 15. David, you are one of my heroes. You show the strength of a grown man. You show the courage of a warrior. You are strong and brave. Today I celebrate you my dear son.

Who is strong and brave in your life? 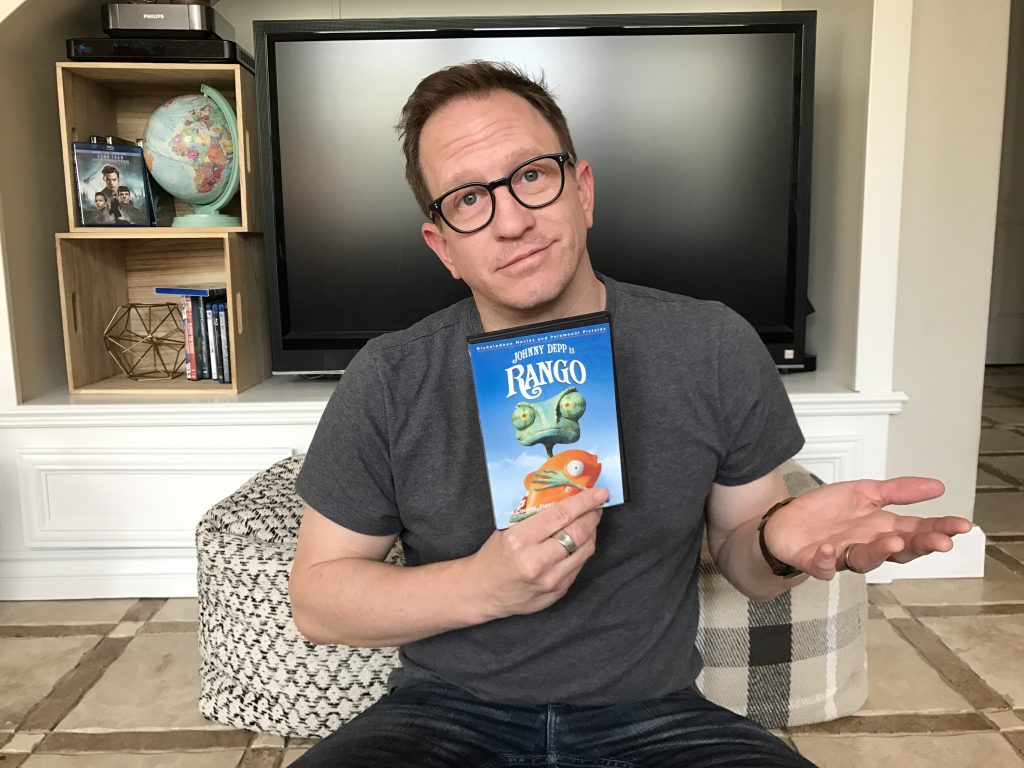 Well, we all have a face
That we hide away forever
And we take them out
And show ourselves when everyone has gone
Some are satin, some are steel
Some are silk and some are leather
They’re the faces of a stranger
But we’d love to try them on

“Just be yourself.” Common advice offered for interviews, going on a date, and attending a function with new people. It sounds simple enough. After all, what’s more natural than being yourself? Who else would I be?

The animated film Rango explores how hard it can be to “just be yourself.” In the film Rango, a chameleon, accidentally ends up in the town of Dirt, a western outpost facing a water shortage. Rango begins as a household pet (and aspiring actor) accidentally lost to his owner while driving down the highway. Unsure of who he really is, he decides to turn away from conventional wisdom and becomes someone else. He is a chameleon after all. Rango changes his skin from suburbanite house pet to tough, brave, and ready to tumble drifter who defeated a gang of seven brothers with a single bullet. At least that’s the story he tells. Rango’s success in avoiding a shoot-out with Bad Bill and ridding Dirt of the terrifying Hawk by inadvertently pulling down a water tower on the Hawk’s head is part improvisational skill and part accident. But the incidents earn him recognition and he is named the town sheriff by the mayor Tortoise John. The town of Dirt needs a new sheriff–someone to protect the townspeople against thugs like the Gila monster Bad Bill, the town Hawk and Jake the Snake.  Rango takes up the role as the town’s tough sheriff and acts the part.

But Rango illustrates how hard it can be to “just be yourself.” Finding himself thrust into a new environment, he feels the pressure to fit in. He’s lost and does not have a good sense of who he really is. He has the chance to try on a role providing him a place in society, the admiration of people around him and a sense of identity for himself.

I relate to Rango. Many times I’ve found myself in situations where, like Rango, I felt like the outsider and wanted to fit in. I’ve spent a good portion of my life battling the advice to “just be yourself.” In many ways I haven’t known who myself is. In a desire for the approval of others, I often identify what others value and step into roles I think will allow me to fit in. 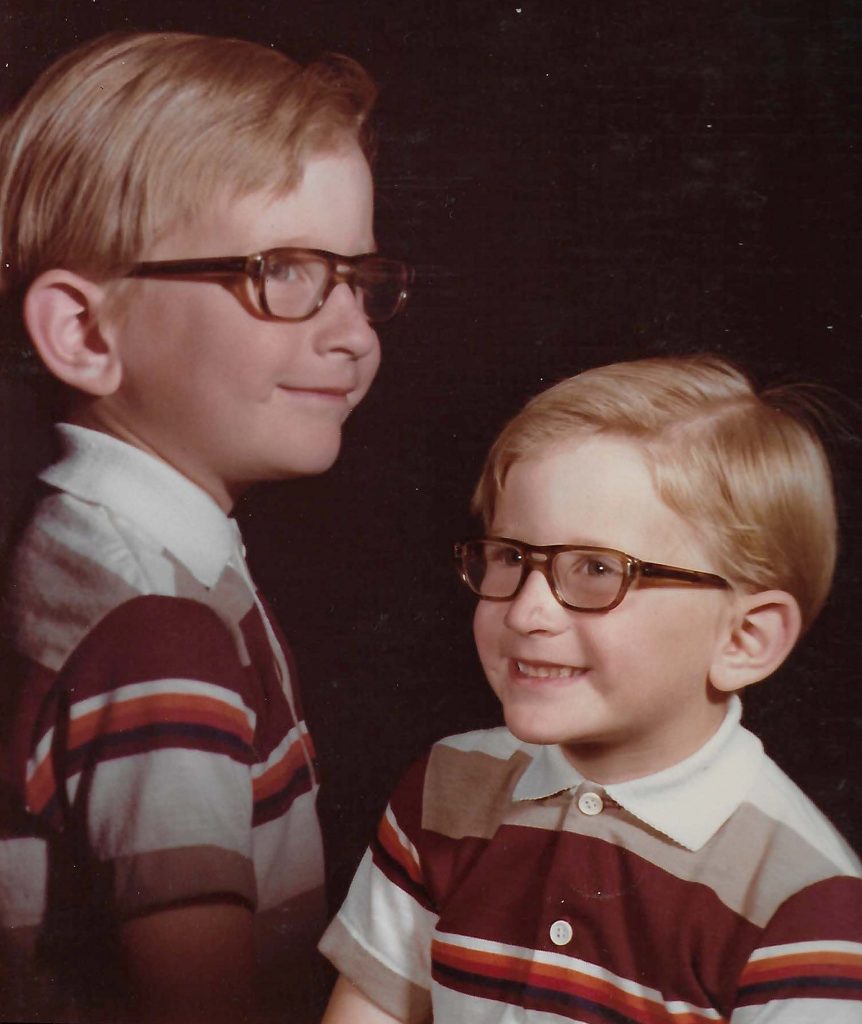 As a kindergartner I remember being terrified of recess. The other kids played together, but I didn’t know how be a part of the games. I stood scared by the big tree in the center of the playground, when Jenny rode up on her metal tricycle, looked me in the eye and said, “Fill her up!” Like Tortoise John with Rango, she handed me a role, so I took out the invisible gas hose and started running the station. Before I knew it, every kid in the playground needed gas from my station. Suddenly I ran a gas station for kindergarteners’ tricycles! I had a role and I played it to the hilt.

Eager to show the depth of my faith after college I attended seminary and became a pastor for ten years. In the church world I was commended many times for my spirituality, Bible knowledge, and devotion to the Lord. I leaned into the role and again found my place on the playground—preaching sermons, counseling and providing organizational leadership. 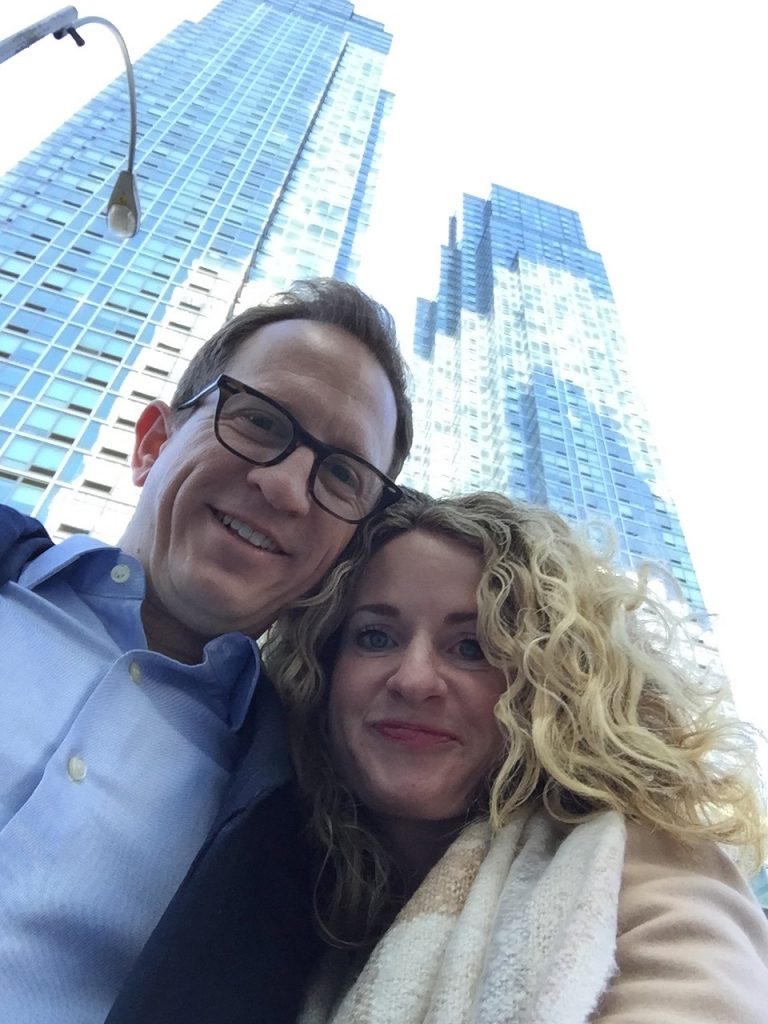 A few years back, as Lisa’s business grew, I stepped into a new role. I became the CEO of a growing internet company. I discovered my abilities to create marketing campaigns, negotiate deals and lead a company to consistent growth over time.

In these roles and more I have enjoyed certain success. Like Rango, my success came in part from my knowledge and skills and in part by accident. Like Rango, I’ve spent a great deal of energy trying not to be found out, hoping no one would realize how hard I find it to be myself because I lost a clear sense of myself back on the playground in kindergarten.

Over the past couple years I’ve been getting acquainted with the real me again. I’ve worked hard to take off the role of the gas station owner with adoring tricycle riders gathered around. I work to lay aside my pastoral persona. I am learning being a CEO and entrepreneur does not define who I am.

Eventually Rango is found out. He is no sheriff. He hasn’t lived the stories he’s told. He isn’t brave. He’s a mere household pet, lost by his owner and unsure who he is.

While wandering around lost and confused, Rango meets the Man with No Name who tells him, “No man can walk out on his own story.” Rango then discovers Dirt’s mayor is the real villain, purposefully withholding water from the town. Knowing he has the truth about the water crisis, Rango returns to Dirt to confront Tortoise John and his henchman Jake the Snake to rescue the town. He arrives this time, not in the role of a brave sheriff, but as a scared chameleon in his own skin who has to be himself. In discovering himself, Rango finds real courage, genuine friendship and the life he’s always longed to have.

No one can walk out on their own story. I have tried to shrink way from who I really am to be the person I think people want me to be. I have tried to act the part of others’ stories. But I am learning to show up, not in a role, not donning the mask of a persona, but as a scared chameleon in my own skin. My goal today is to do the hardest thing I can–just be myself.