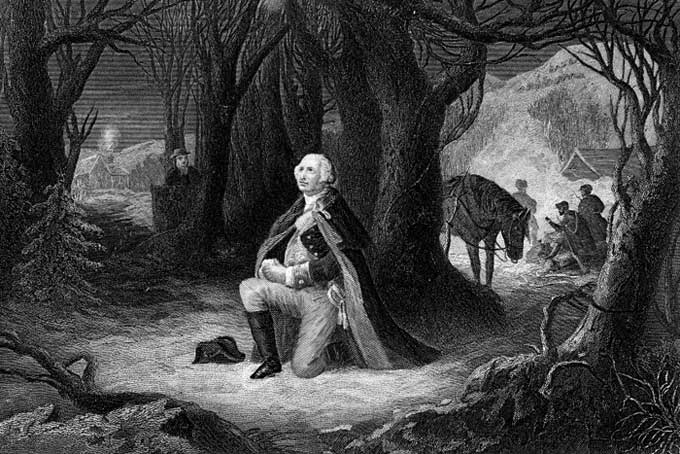 Do you seek out examples for your life? 2013 renewed my desire to read biographies and find worthy examples from whom to learn. It’s easy to see great men and women and to think, “I could never do something like that. I don’t have the…education, money, intelligence, connections, skills…that they have.” One of my great take-a-ways from the book Mindset this year (see my post here) is that we have a choice when we see examples of success—we can feel threatened by them, or we can find lessons and inspiration from them.

I’ve read biographies for many years to learn from great people of the past and present. This year, I began to engage with them afresh to learn from people who made a significant difference in the world—especially because of and for the sake of the gospel.

I closed out the year reading the excellent Seven Men and the Secret of Their Greatness by Eric Metaxas. I read Metaxas’s biography on Dietrich Bonhoeffer in 2012 and loved it. When I saw this quick character study on these seven men, I knew it would be a great read and that Metaxas would handle these men in a way that showed what made them great—including their humanity and flaws. I was not disappointed. I commend the book especially for men and dads of boys looking for worthy models for themselves and their sons to follow. These seven men were great in the history of the world and were driven by their understanding of God’s grace in their lives. Consider these brief highlights:

George Washington—An ambitious, even arrogant young man who sought the highest possible leadership roles. But, the only man in history to lay aside his power after conquering the superpower of his day.

William Wilberforce—A self-centered, self-aggrandizing politician who schmoozed his way into high position in the British Parliament.  After coming to faith, he campaigned for decades for the abolition of the slave trade in England, France, Spain and the Americas, the abolition of slavery in Engalnd, the fair treatment of animals (in the 1700’s people!), the dignity of  workers and more.

Eric Liddell—Famous for his refusal to run the Olympics on the Sabbath because of his faith, Liddell showed his faith more profoundly by looking after the children in a concentration camp while a missionary in China. He died in their service.

Dietrich Bonhoeffer—The genius German theologian who saw the German’s treatment of the Jews in WWII through the lens of the racial segregation in America. Pastor Bonhoeffer was executed for his role in the Valkerie plot to kill Hitler.

Jackie Robinson—The talented athlete whose record of standing up to racial injustice  and stats won him a place on Branch Ricky’s Brooklyn Dodgers to break the color barrier in baseball. Robinson and Ricky took Jesus at his word, “To one who strikes you on the cheek, offer the other also, and from one who takes away your cloak do not withhold your tunic either.”

Pope John Paul II—A poor Polish kid, Karol Wojtyla,  who grew up in the shadow of Hitler’s Germany and quietly rose in the ranks of the Roman Catholic Church by resisting communism’s , investing in teenagers, writing theological treatises on sex, and human dignity. Wojtyla, unexpectedly elected Pope, became one of the 20th century’s most well-known advocates for the oppressed, reconciliation between religious groups, and personal devotion to the Lord.

Charles W. Colson—The power-hungry and ruthless special counsel to President Nixon who was arrested and imprisoned for his significant role in the Watergate scandal that took down the President of the United States. On meeting Jesus (just prior to his imprisonment), Colson realized that his life was to be given in the service of his fellow inmates—proclaiming to the gospel and equipping them to live it out behind bars. Even developing robust worldview resources to reach people before they had committed their crimes.

I am thankful for Metaxas’s work in bringing these heroes to life. In our day, we need realistic portraits of heroes for ourselves and for our children. I plan to share these stories with David and Matthias in the days ahead that they might have real life examples of those who lived out a deep understanding of God’s grace and his redemption of His world.

Question: What have you read in the past year that inspired you?

1 thought on “Seven Men and the Secret of Their Greatness”