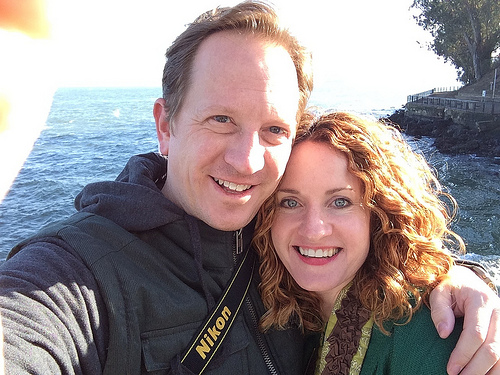 I used to think that when Lisa tells me not to complain, she’s just being Pollyanna about the world. I grew up with a British mom, around British adopted family, and have always loved spending time with my British relatives. One of our favorite pastimes is what my cousin calls “moaning.” Actually, he says it’s the British pastime—like baseball in the U.S. This is one reason I feel like I’m with my people when I visit England.

Most of my friends (when I say ‘most’ you should read ‘all,’ I just say ‘most’ because that sounds more credible—you’re not supposed to use allness statements) have confronted me about my complaining. I remember as a freshman at Biola University going across the street to play Frisbee golf. I was hot, stressed out and annoyed. I guess I didn’t keep it to myself because my buddies taunted me singing “I have joy, joy, joy, joy down in my heart!” It did not make me feel joy.

There was also the youth leader when I was in high school. It was day 4 of my first Mexico mission trip. He was always upbeat and encouraging—I liked that about him. One day I was going on about how tired I was and I didn’t think it was fair that another team got showers and we didn’t. He just looked at me and said, “Steve, can you just STOP complaining for five minutes!?” (I think that was the first time someone called me out for complaining.)

Then there was my college girlfriend I wanted to marry. She broke up with me because I complain too much. She spent one miserable Fourth of July with me and my family and that was it. “Those fireworks were awful.” “Those people don’t know what they’re doing.” “And there were so many people.” It was bad enough to hear me do it, but hearing that I’m from a family of complainers made her see the problem was systemic. That was that.

None of that was enough for me though. All that happened years before the Sting concert I attended with my wife Lisa, her sister and my brother-in-law. From my perspective we were too far back from the stage (I’ve “seen” Sting in concert, but he was the size of an ant. They realistically could have put any guy on the stage and just played his CD’s.), the seating was uncomfortable, the food was no good, and I got to such a bad place I couldn’t pull myself out of it.

“Why can’t you just make the best of it and have fun?” Lisa asked.

“That’s totally bogus! You know it sucks. Why can’t you just say so?” I replied.

“Why do you have to be so miserable and ruin it for everyone else?” She asked again.

It’s fair to say I didn’t make myself popular as a brother-in-law that night. Or as a husband. No one was very happy with me and I just went away smugly justified that I was the only one who could see we got ripped off. I still didn’t get it.

Here’s the thing. No one likes a complainer. Not even the complainer himself. As I think about the years Lisa has put up with me and my complaining, I can’t believe she’s still married to me.

It’s funny, but this is one area of my life the Lord has confronted over the years through having a child with Cornelia de Lange Syndrome. David has CdLS. It’s not going away. It sucks. There are times, days even, when I feel ripped off. When I feel he’s been ripped off. When I feel Matthias has been ripped off. When I feel like Lisa has been robbed. Sometimes I feel like I’m going to lose it if I hear David scream any longer with GI issues. But CdLS isn’t going away. It’s not the way it’s supposed to be, but it’s the way it is. The only thing we can do in the midst of it is do our best to dignify and love David. We have to soak up his precious smile, his rolling belly laugh when he gets silly. We have to celebrate seeing him intentionally dribble a soccer ball while holding my hand. We rejoice at things like bowel movements because it means everything’s working and he’ll have a better day.

These moments point to the brokenness of the world. There’s a lot to complain about. God made the world one way, but we’ve made it another. (I always puzzle at people puzzling at “How could a loving God let bad things happen?” As if God screws up the world instead of us!) But God is redeeming and restoring the world through his son. One day, we’ll be able to listen to concerts close to the performer. The food will be great. One day the fireworks will be fantastic and we’ll have great seats for that too. One day David won’t have CdLS and his tummy won’t hurt anymore. We’ll talk with our son in a way we can’t now.

If that’s the story we live in, why not make the best of it now?