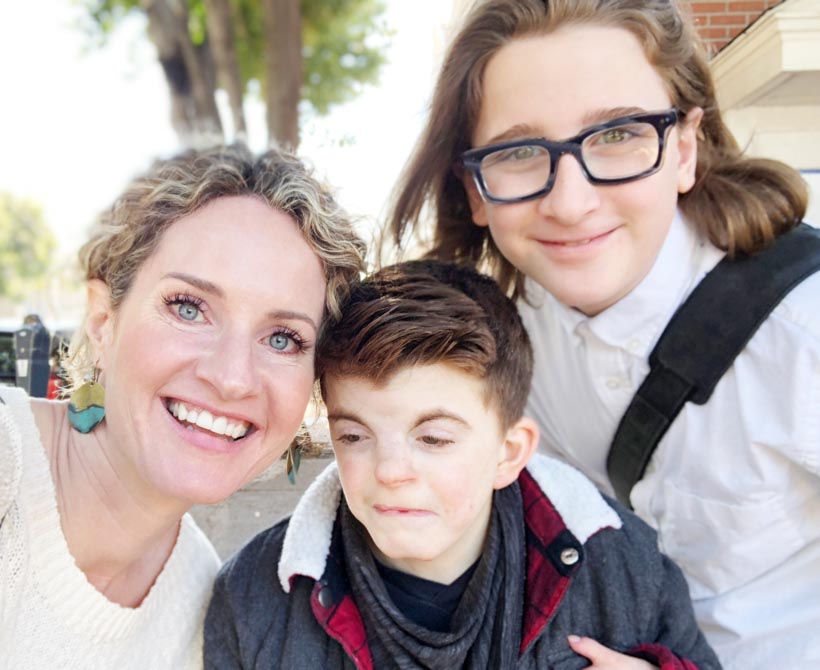 A couple years later, I was putting him to bed one night in late March. I noticed he had paper and drawing supplies in bed with him. 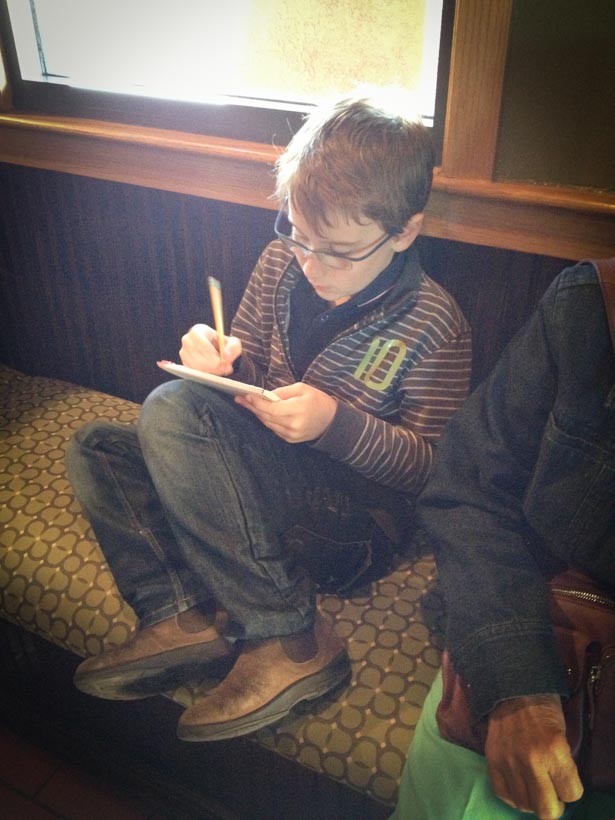 “You guys are working on Mother’s Day at the office, so I thought I would work on it too so I’ll have enough time to make the book.”

“I’m drawing super heroes. Three for every letter of the alphabet.”

“Like, super heroes we already know, or ones you’re making up?”

“I’m making up my own superheroes. It’s a surprise, don’t tell mom.” he answered.

For the next few weeks, everywhere he went he had his superhero book project with him. As Mother’s Day neared he began taking his drawing supplies to bed with him more often.“I have to keep working so I can have it ready,” he told me, sounding like a college student working on a term paper.

“Ok, you’ve been working hard. You can stay up a little late, but only one picture then you need to go to sleep,” I told him. Putting him to bed I was both worried he wasn’t getting enough sleep and proud of his dedication to the project. 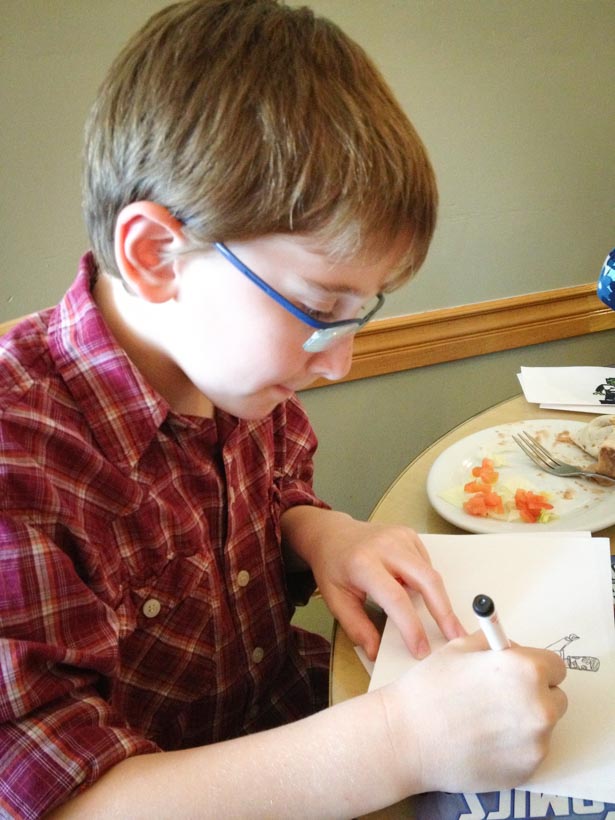 As he neared completion, I came up with a what I thought a great idea, “Matthias, what if we take your drawings and get them bound and put a cover on it, so you have a real book to give Mom?”

“Maybe even we could make a few copies so you have one and we can give a couple to the family? You’ve worked so hard on it, it would be cool to share it. I think they would enjoy it,” I suggested.

A couple days after Mother’s Day (like many first time authors, he missed his deadline by a few days, but it was his first effort and he was only a kid!), we headed over to Staples together to make full color copies and get a cover for his book.

“To do full color copies is ten cents per page plus ten dollars for a cover,” the Staples employee told me.

I thought about the cost, and did some quick math in my head, but decided Matthias’ work and Mother’s Day for Lisa was worth the fifty bucks. “Perfect, when will it be ready?” 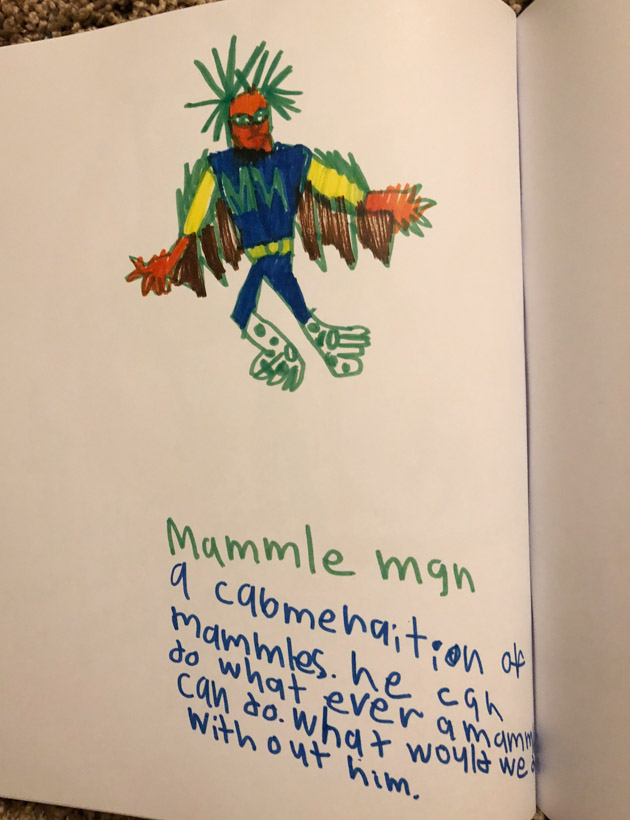 Matthias and I decided to run over to the grocery store and get Lisa some flowers to go with her awesome Mother’s Day gift. I was feeling happy with myself. Matthias had put weeks of effort into this project. Lisa was going to love it. We would have copies for the family. This was a win for the Leonard boys.

We went back to pick it up. “Color prints, plus covers for twenty-five copies,” the employee started punching numbers into the cash register. “Eighty pages times twenty-five plus covers…”

I began reworking my mental math, “Wait, how many??” I thought to myself. “That’s not a little under fifty bucks…”

My stomach sank. In my quick head math earlier, I somehow thought the total would be around $50. I missed something. I tried to look like that was the number I expected and pulled out my debit card to pay. “Oh man, Lisa is going to kill me,” I thought now. How quickly it turns from win to loss! Hopefully she would understand since it was Matthias’s work and we were helping him become the first published author in our family—all to celebrate Lisa.  I paid and we went home. Matthias was beaming.

“Are you happy with how it turned out kiddo?”

“Yeah. Mom’s really going to like this. It looks so good.” 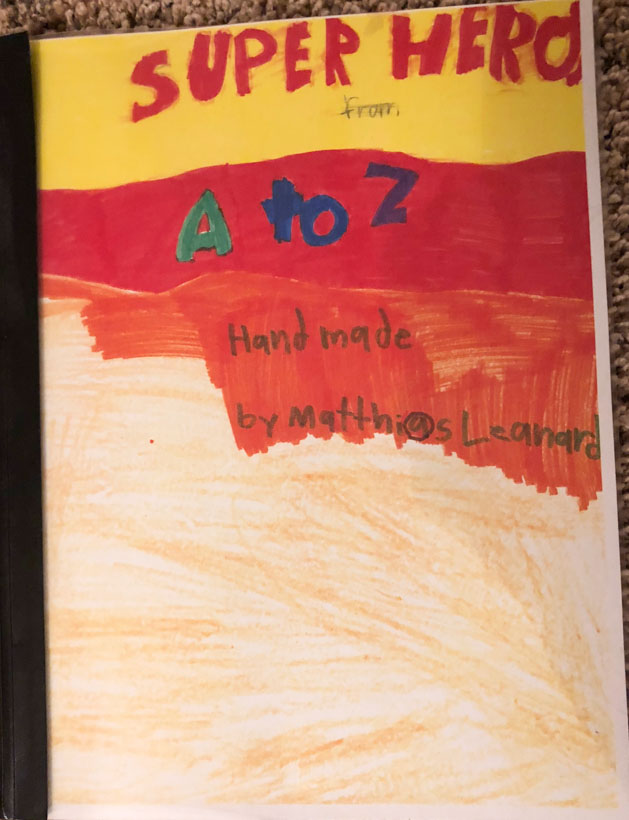 Super Heroes from A to Z, a compendium of seventy-eight original super heroes! The book contained not only pictures and descriptions, but he knew the back story to every character, with detail far surpassing what he put down in the book.

Nine Man—”He has 9 times the strike. Nine punches and your out. His strength comes in numbers.”

Paraliser—“If you look into his eyes you’re out. He controls day and night.”

And our family favorite. Edward, “Edward has no powers and is poor. He has no relationship with his parents.” Explains so much, doesn’t it? 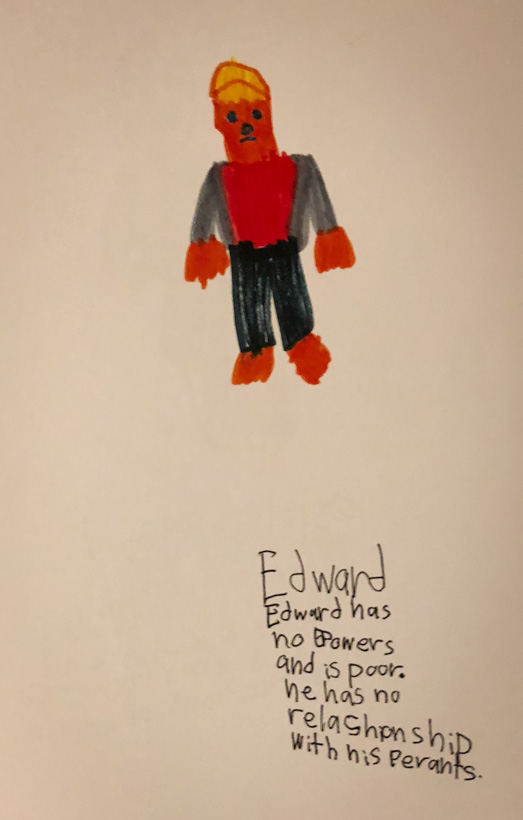 We arrived home and presented the book to Lisa along with the flowers.

“Wow Matthias! I love it. You worked hard on this didn’t you? This is so amazing—I can’t believe you came up with three superheroes for every letter of the alphabet! I love it and I love you.”

“Thanks Mom. I’m happy you like it. We made extra copies so we can give it to the family too.” Lisa hugged and kissed Matthias and he ran off to the other room.

“It was a little more expensive than I thought it would be,” I said tentatively. “Somehow I miscalculated how much all the copies would be together.”

“How much was it? How much were you off?” Lisa asked, her face with a look of surprise. 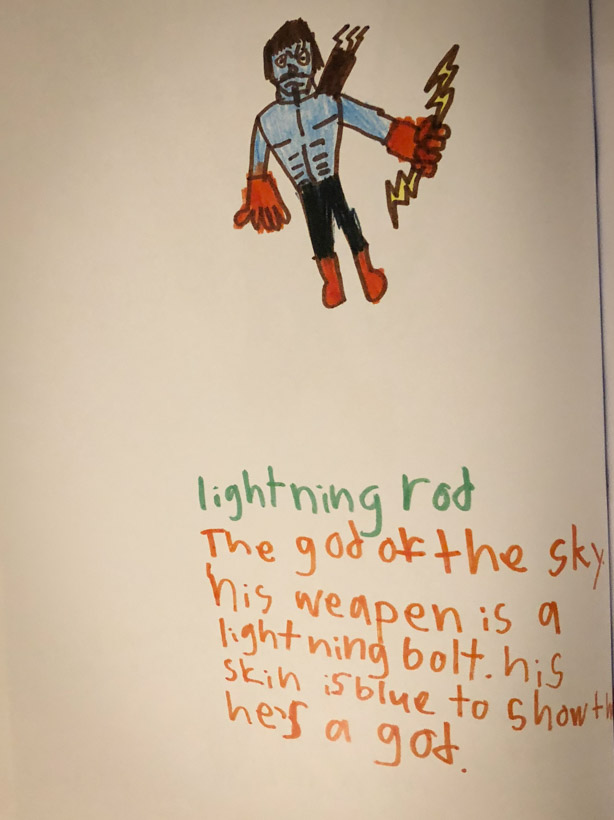 “I thought it was going to be around fifty bucks—kind of a splurge, but you know, it’s Matthias’ book for you. But it was…”

“It was five hundred!” Lisa interjected, her eyes wide. At the very moment I felt my stomach tense up, she laughed. “Well, the good news is, the family will love it and will be happy to get copies.”

“It’s your most expensive Mother’s Day gift ever—but at least it’s for Matthias’ work.” I suggested. “You’re worth it Baby. So is he.”

“Totally,” she said. I gave her a hug and a kiss, relieved she was happy with her gift and not upset about the money. 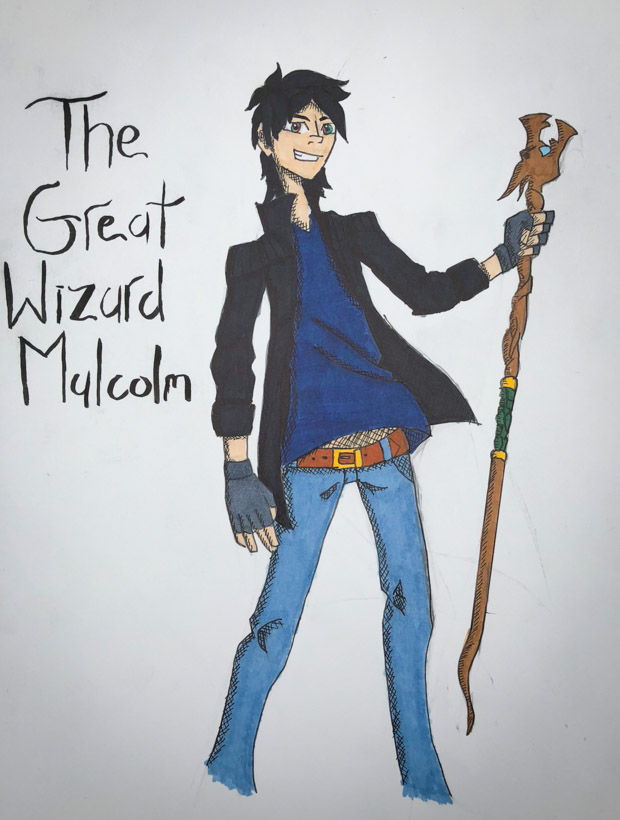 To this day Matthias draws and writes and creates worlds and characters who inspire and capture a sense of wonder in the world. Everywhere he goes he carries his drawing materials with him in case we have ten minutes of down time. He still creates heroes and heroines, bad guys, villains and now he’s a teenager, creepy creatures too! He has begun writing down his characters’ back stories, creating worlds and telling stories of outer space, Arthurian legends, teenage boys and more.

Every April I pull out Super Heroes from A to Z to remember those precious days, to reflect on how far he has come as an artist and a person and to see Matthias’s labor of love to celebrate his mom.